Discover how advances in technology are helping Canada's Archaeological Sites

Archaeological sites are becoming an increasingly important issue in regards to Industry and their relationship with the communities that they work in. In Alberta alone, there are over 40,000 known Archaeological Sites with new ones being discovered every year.

These sites must be protected, but how do you protect something if you don’t know where it is? For many years, traditional methods such as statistical modelling have been used to predict where sites may be; however, these traditional methods are often subject to individual biases and preconceptions. However, in recent years, advances in machine learning and artificial intelligence is enabling major improvements in development planning and operations, including the prediction and protection of archaeological and other historic sites.

In this 45 minute webinar, Reid Graham, from Tree Time Services will explore how innovations in machine learning are helping predict where archaeological sites are far better than traditional approaches. 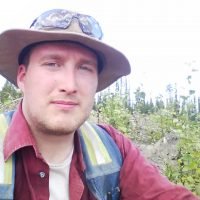 Reid Graham is a Project Archaeologist, and has been working with Tree Time Services since 2013. Under the direction of the Senior Project Archaeologist, he oversees archaeological surveys for forestry and aggregate projects throughout Northern and Central Alberta. Reid has a broad background in North American archaeology, with an emphasis on the Boreal and Plains regions of Canada and Northwestern United States. After receiving his Bachelor of Arts in Anthropology from the University of Winnipeg in 2011, he focused his research interests on a series of 2,500 to 1,500-year-old bison kill sites in Alberta through his Masters of Arts at the University of Alberta in 2014. Currently, Reid is focusing on developing predictive models for archaeological sites by using artificial intelligence and machine learning algorithms to help with long term development and land use planning.

Not yet a member? Click here to learn more!